skip to main | skip to sidebar

- Aristotle died in 322 BC (Greek philosopher)
- Mikhail Bakhtin died in 1975 (Russian philospher)
- Stanley Kubrick died in 1999 (American kick-ass film director)
- In 1876, Alexander Graham Bell is granted a patent for an invention he calls the telephone.
and P.C.'s personal favourite
- Revolution in Mexico!
Today's photo is for all of the above, taken by Jeremy Sze aka White Cow (venue to be confirmed!!) 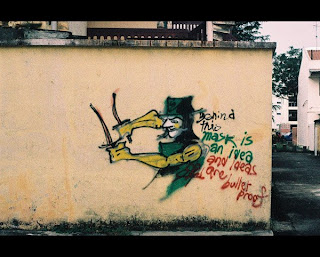 Behind the mask is an idea ...

.. and ideas are bullet proof. 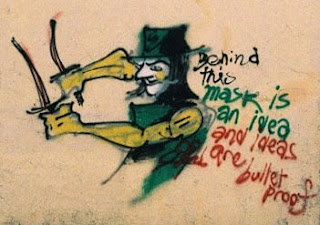 Tongue-in-cheek aside, we really dig this.
VIVA ZAPATA!
Posted by Public ArtRoar at 2:51 PM